Is Your Charity Looking for a Unique and Convenient Way to Raise Funds for Their Cause?

Often charities and non-profit organizations use donated art to raise funds for their cause at special events. This kind of charity fundraising idea usually involves having an artist contribute artwork for a silent or live auction event.

I would like to present your charity with an alternative, dynamic charity fundraising idea that would enable them to raise funds through the sale of inspirational art prints and art cards during the holiday season and for other special occasions.

This form of charity fundraising could also be extended to other occasions including Mother’s Day and other appropriate calendar days.  This charity fundraising idea would involve having your charity solicit its supporters to purchase artwork online or in-person at Poetic Art Studio. Another option would involve having your charity’s supporters purchase raffle tickets to win pieces of donated Poetic Art.

The first partnership opportunity would involve having your charity send emails out to its network of supporters requesting that they purchase Poetic Art cards or prints online.

As the user clicks on the ‘buy’ button for each product they will be taken to a page allows users to select their charity from a list (i.e. Charity for Good) so that all sales which come in as a result of your charity’s supporters can be tracked and processed in a comprehensive sales report.

When your charity sends out emails to its supporters requesting that they make a purchase in support of your holiday campaign you would have to provide your charity’s supporters with their unique charity code.

The proceeds from the online/or in-person sales made by supporters of your charity will be split with Poetic Art Studio.

An alternative charity fundraising idea would involve the sale of raffle tickets.

Your charity would have the opportunity to choose two Poetic Art pieces (unframed 16×20 prints) which would be raffled off to your charity’s supporters.  Poetic Art Studio will incur the cost of reproducing these two art prints. The selected prints can have themes which underline the organization’s mission and vision. Photos of the pieces to be raffled will be posted on poeticart.ca.

Raffle tickets would be sold to your charity’s supporters in order to raise funds for this holiday campaign.

Raffle tickets could be sold at the following price points:

The proceeds from the online sales made by supporters of your charity will be split with Poetic Art Studio.

Contact us to find out more about these and other charity fundraising options with Poetic Art Studio.

Poetic Art Studio is pleased to partner with Femme International to help raise funds for their programmes.

Femme International strongly believes that increased health education and access to long-lasting, reusable hygiene products allows females to manage their periods without being dependent on others or engaging in high risk behaviour.

Femme currently runs a health education and menstrual cup distribution programme called Feminine Hygiene Management: An Education Initiative, often referred to by participants as The Femme Club. The programme was developed for schoolgirls in the Mathare slum of Nairobi, Kenya. Currently, there are three schools participating in the programme and three workshop facilitators. Each workshop is 3-6 hours in duration and involves no more than 15 to 20 participants. Within the year, nearly 200 women and girls between the ages of 11 and 42 will have participated in the programme. 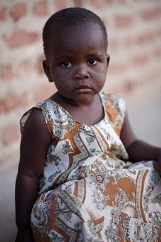 Poetic Art Studio recently worked with the Nzirambi Orphan’s Centre to help raise funds for the orphans in Uganda.  Funds raised from the sale of Poetic Art prints and cards helped contribute to the Centre’s $10,000 fundraising goal to help pay expenses needed to send the orphans to school.